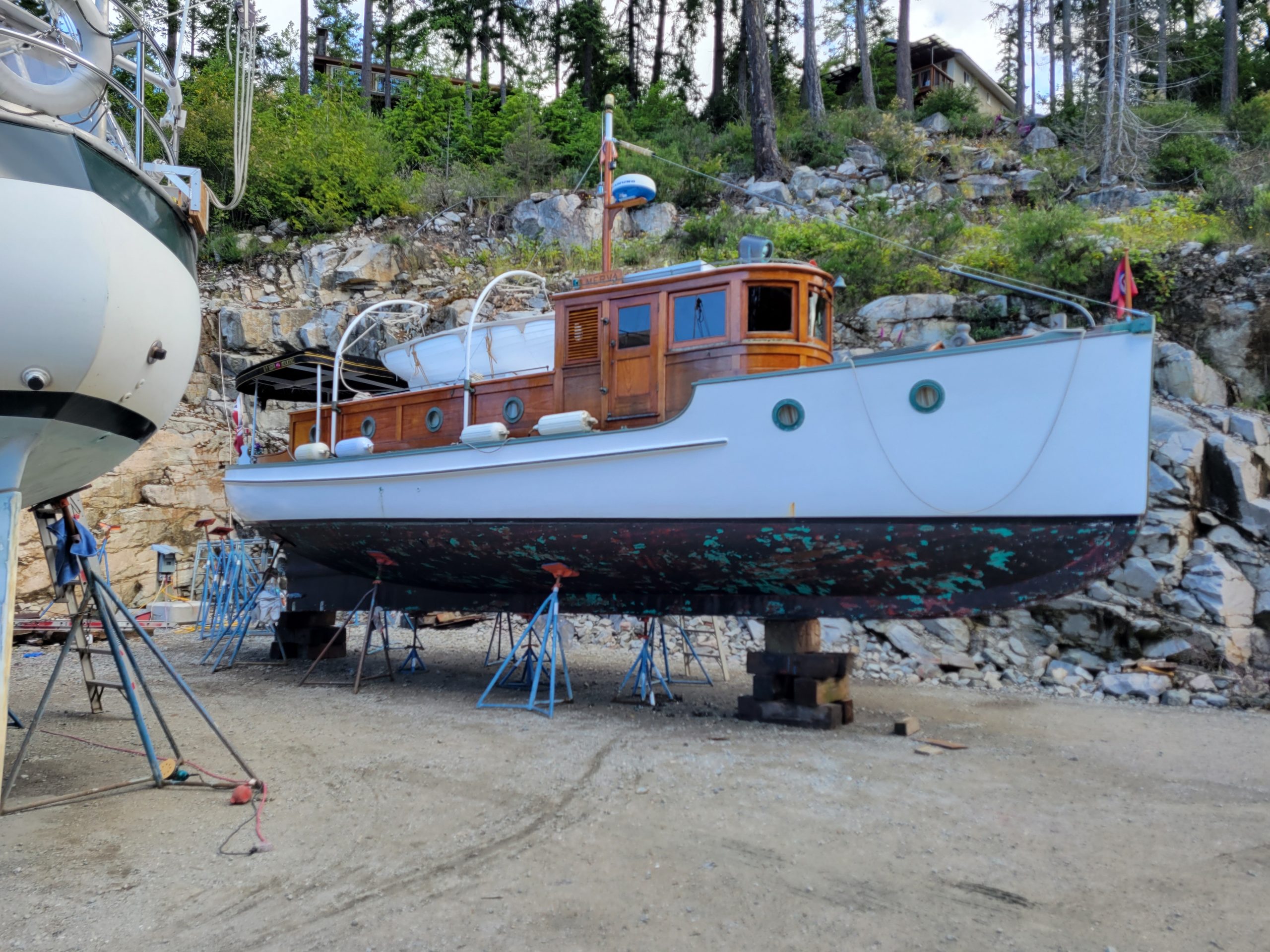 Merva on the hard at Jacks Yard.

The hull has been pressure washed. It shows the following paint layers; red, green, red, and black. The last two layers were not sticking to the boat as they should but that is not too surprising as I asked for a quick job. Some speculation about how the last coat of paint was not being ablative as it should be – perhaps the paint was not fully mixed. The paint should be thoroughly mixed with a mixer attached to a drill. The copper settles rapidly and requires more effort to mix than normal paint. The upshot is that it will take 3 (6 hr) days instead of 2 to prep the boat for paint. Also; because bare wood is showing in some places – there may be some priming.

I had the stuffing box re-stuffed. For $60 it seemed worth doing. The old stuff turned out to be dry so now better off. Left stuffing material (for next time) in the bilge near the stuffing box. Not likely to be done again for 5 or even 20 years – just ‘depends’.