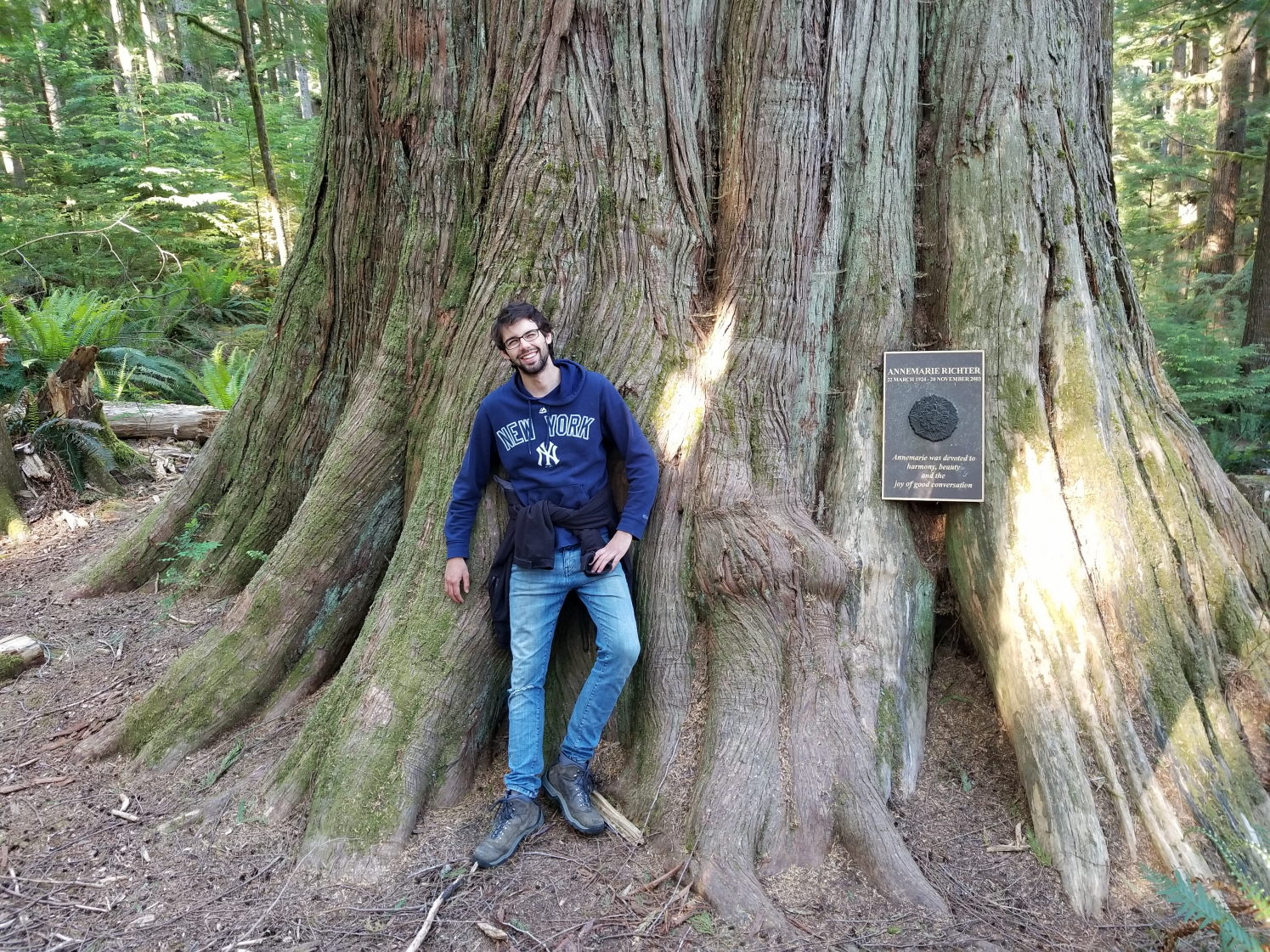 The prawn boats started pulling out at 6:00 and the last one left at 7:00. I had been up since 4:30 and started to get restless. I knew that we were in no hurry but I decided to get breakfast together while the guys slept a bit longer.

We all took turns on the helm with Matt doing more than his share as usual. Matt seems to like ‘driving’ and has a good sense of how to ride the waves and such. We were not sure what to expect in Johnson Straight so we were not surprised to find it a bit rough. There were 4-5 foot waves stacked up. Fortunately; it was a following sea – which made the ride smooth (considering) with an occasional burst of water over the bow.

The conditions improved and Lukas took the helm. I was in my birth reading a wooden boat magazine when I had this feeling that I should go to the helm to check on Lukas. I noticed that we were coming up to an Island in the middle of Johnson Straight (causing a pinch point) and I got the binoculars out to see what the tides were doing. I saw white caps at a possible rip so I had Lukas turn the boat around and slowly slide west where I spotted a marina. I was thinking that we may need to wait until slack before rounding this island.

I took the helm and headed for Kelsey Bay. Matt came up wondering what was going on. We docked in Kelsey Bay at 13:10. There was a strong wind but it was reasonably sheltered inside. We got out for a walk-about. We checked a tide chart posted outside the office and had a brief discussion. We decided to get back into Merva and continue on. We departed at 13:30 (with a nifty little wind assisted turn around off of the dock). We headed past ‘Race Rocks’, Matt on the helm, no trouble but broke a speed record for the trip. Merva normally goes 6+ knots SOG at 1800 RPM. We hit 11.4 knots at 1800 RPM as we approached. Then it just got sloppy followed by swirling. We crossed as the tide peaked.

Lukas returned to the helm and I returned to my birth where I played a video game for the remaining 45 minutes of the cruise.

I took the helm to take us into the docks. I hailed Blind Channel Resort on 66 and got an immediate response. There were more boats in here than last time but still plenty of room. We slid Merva into a birth bow first and quickly tied up.

We purchased a days worth of food. Lukas seemed happy to chat in German with the German speaking girl showing us around. We also found out that the owner (and guy who created this place) is German. Matt had a shower. We treated ourselves to dinner at their restaurant. Lukas and I went to a walk on some trails and Matt joined some folks in tossing a frisbee about. We found good internet (for a change). We played cards in the evening. Matt tried some late evening fishing.

We have passed and/or visited a number of resorts like this. This one is my favourite. Everything seems to be maintained at a higher level – but never to the point of losing the sense of wilderness. Its also better value.

Next we hope to anchor at the south end of these islands – after we run 3 sets of rapids in one go. Then head to Lund, or the northern tip of Texada, the next day.