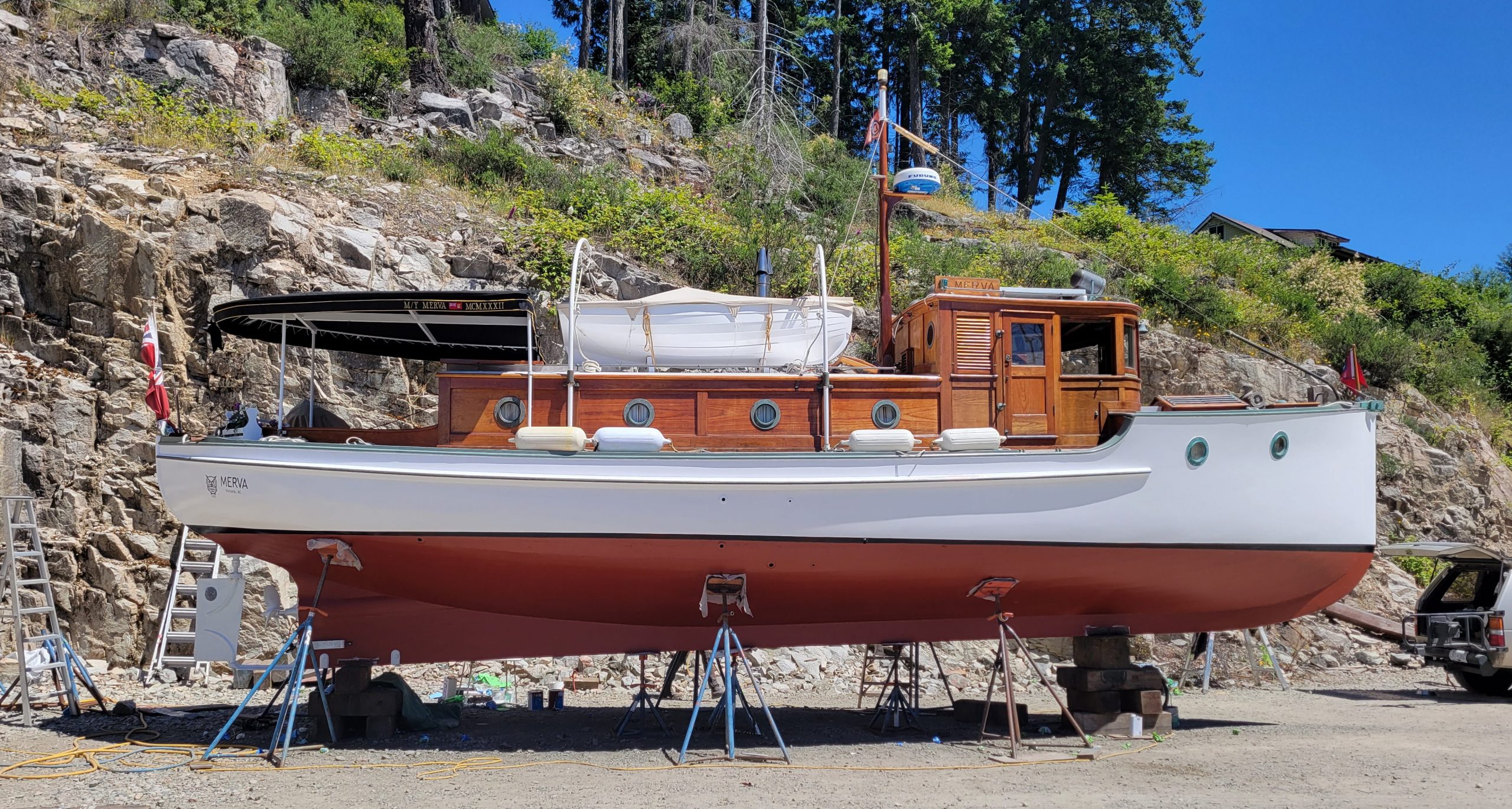 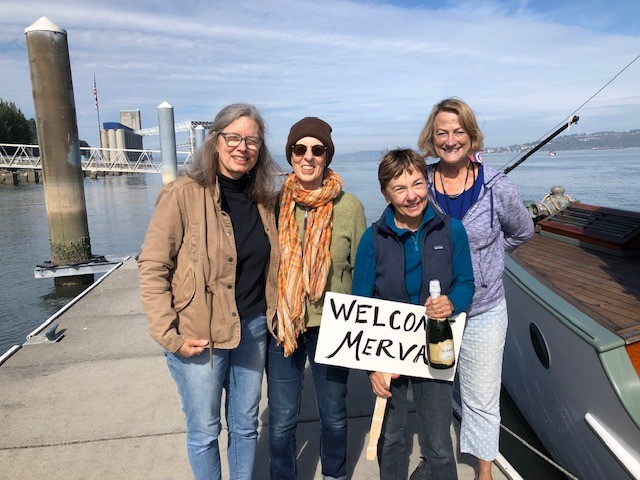 It’s been several weeks since we arrived home from our trip bring Merva down from Canada. Except for the storm that kept us pinned down in Friday harbor it was a very good trip. We arrived in Tacoma and docked along the Foss Maritime Museum. We learned a lot about Merva. How she handled, what need to be repaired. The teak deck leak here and there but everything that has canvas decking is dry.

Friends greeted us and Merva at the dock in Tacoma.

Several days later after unloading, Merva and I left for Bainbridge Island where she will stay on a friend’s dock until I can find covered moorage.

Yes, Merva really is under that huge cover. I hope soon to have covered moorage.

Now the winter projects have begun. I’ve removed two hatches, (the anchor locker hatch and the galley hatch that need the most work) also a window and the door (that has a split panel) on the starboard side and began stripping, sanding, and repairing each according to it’s need. The teak is beautiful, but the hatches have been leaking and need to be repaired. Also stripped and sanded the boarding ladder.