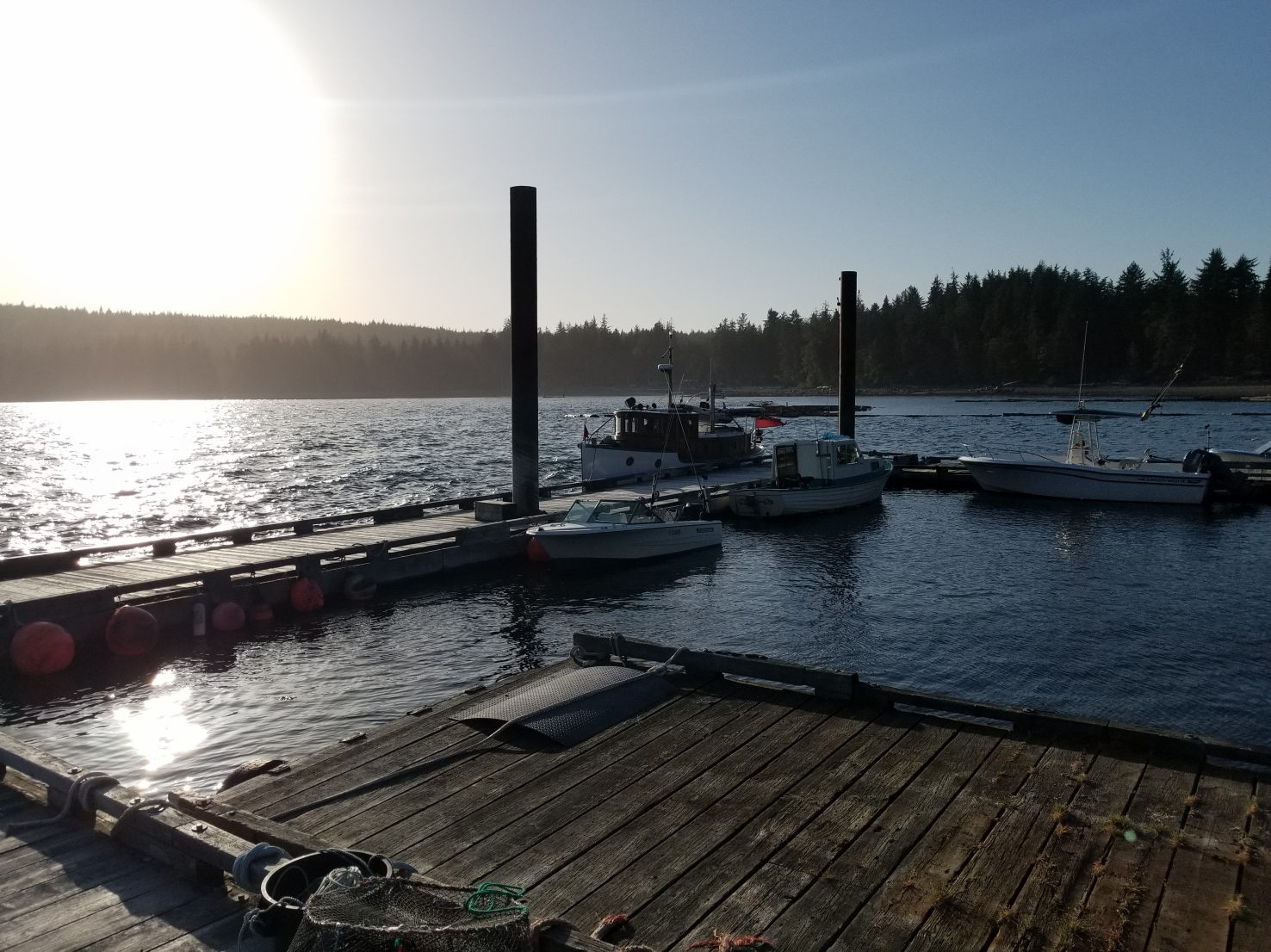 Johnston Straight picked up a bit but blowing on the bow and not too much. Nice. We struggled to decide where to spend the night. Not much for anchorage around here so 2 nights in an expensive marina was not a great reward for getting to Port McNiel a day early. We noticed a public dock on Malcom Island that we thought may be free so we headed to Mitchell Bay. It turned out it was 75 cents / foot ($30) for the night – but still cheaper than a town/city berth.

We passed dolphins along the way (Lukas was watching a movie on his laptop so he missed that), ran out of sink water (note; water pump keeps going), and I managed to break two circuit breaker switches with my knee.  We were in cell so we spent some time looking up many of the commercial boats/ships going by (x-ref AIS info, google and shipwatch app). We used the passing traffic as radar practice.

I picked up a couple of steaks in Powell River – we BBQ’d them for dinner tonight as a treat (plus foil wrapped BBQ veggies & potato). We then played ’31’ (cards) for an hour or so before calling it a day.