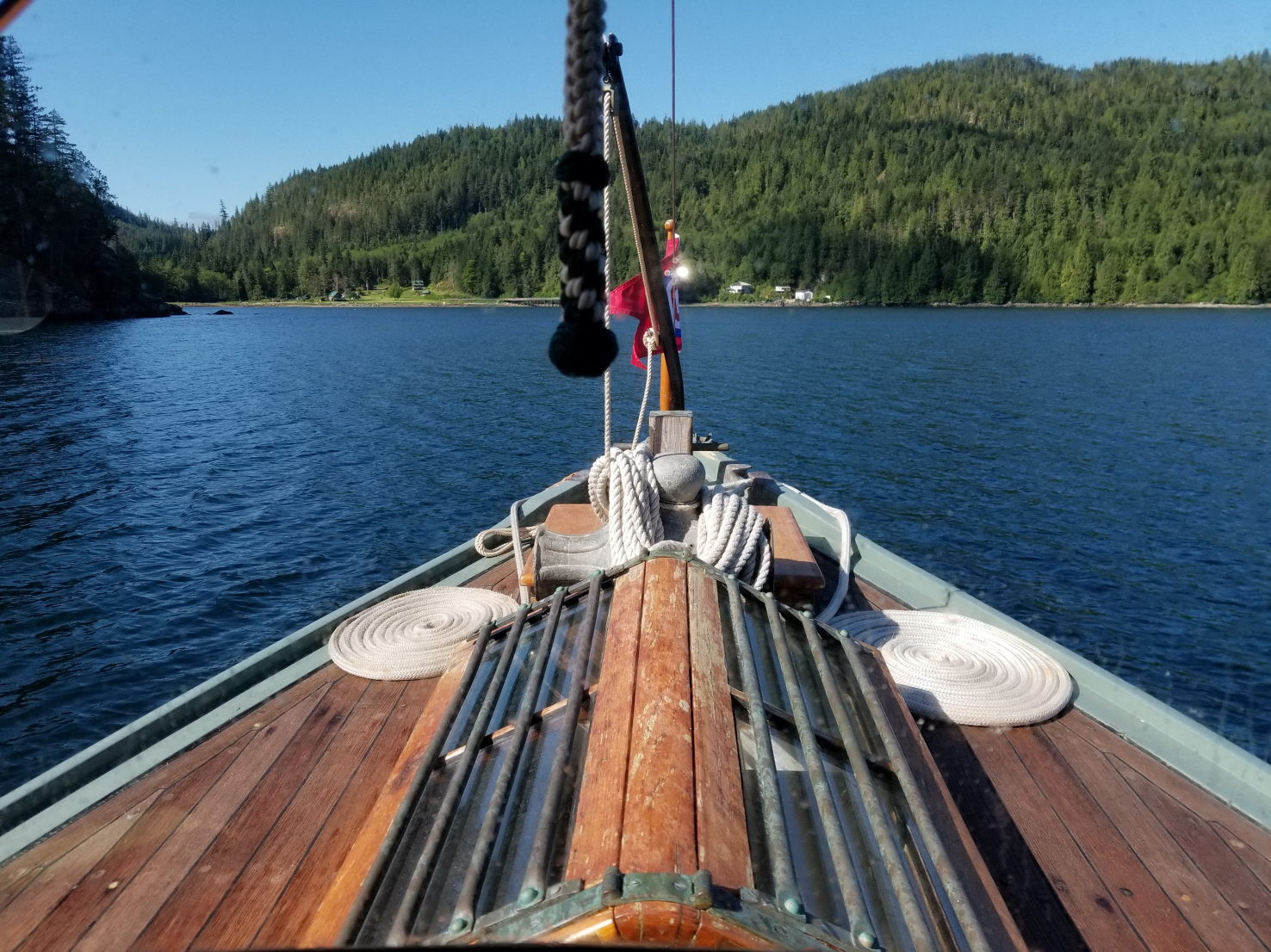 Up before light and headed toward Gillards Passage to make a slack tide (with 1hr to spare). Timing was as predicted – arriving about 50 minutes earlier than needed. We were pushed toward it (once we were close) at about 1 or 2 knots and this increased a bit as we got among the rips and swirls. We turned back to a safer distance. Checked tides for the Dent Rapids (the one immediately following) and seeing that it was at slack – we decided to run the 1st one and try to catch the second in one go. This worked perfectly. Matt had a look at the maps and suggested we head to Shoal Bay for the night (we had not done research on it but…).

So we pulled in and finding the place to immensely tranquil with super friendly owners – we decided to stay. We then decided to stay another night as;

a) we are ahead of schedule

b) there is a lot of wind in Johnston Straight

The plan is to eave here (eventually), stop in Blind Channel/Bay for fuel, shoot Green rapids and anchor in Port Nevill. The head to Port McNiel for fuel and a night over. Then Port Hardy to pickup a friend.

Lukas has the biggest need for food so he is always happy to get the cooking going. Perfect!